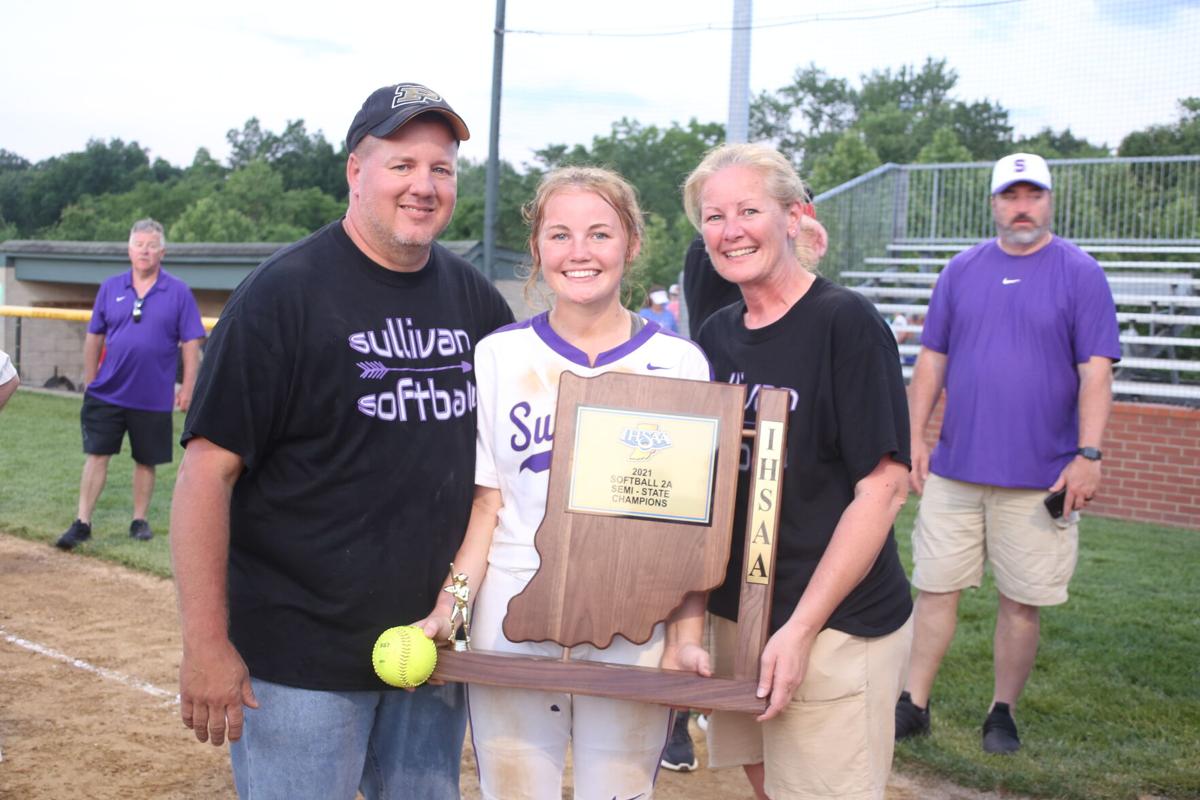 Semi-state hero Jocey Wible poses with the semi-state trophy and her parents Brad and Leah Wible. 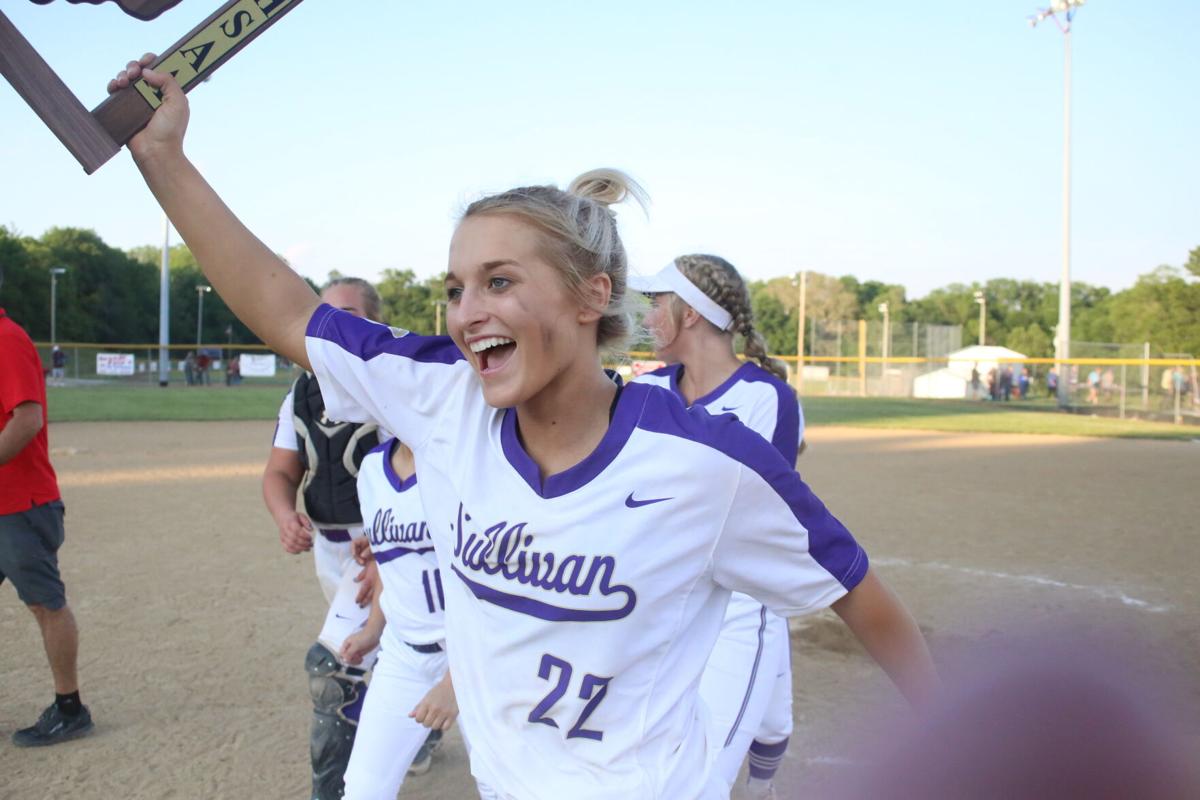 Sullivan junior Delianey Shorter runs off the field with one of three championship trophies that the Lady Arrow softball team has won in the past three weeks. 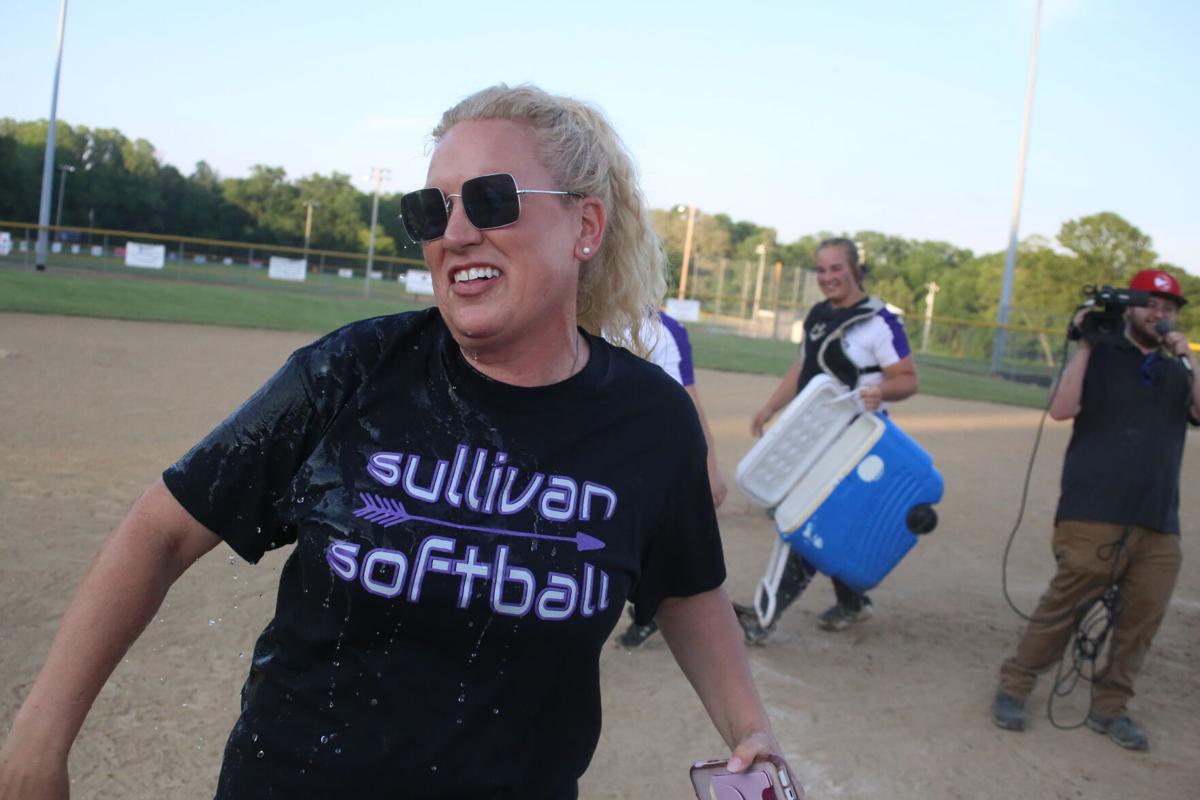 Semi-state hero Jocey Wible poses with the semi-state trophy and her parents Brad and Leah Wible.

Sullivan junior Delianey Shorter runs off the field with one of three championship trophies that the Lady Arrow softball team has won in the past three weeks.

For the first time since 1985, a softball team from Sullivan will be playing in state finals.

“These girls have worked so hard to make this happen,” said Sullivan coach Lela Earley, who has a 125-62 record in her eight seasons at her alma mater. “They have never given up, and battled back and are just one win away from accomplishing their goal.”

Pioneer will be making its third consecutive appearance in the state finals, first in Class 2A. The Lady Panthers won the Class A state championship in 2018, defeating North Central 10-1 in the title game at Purdue.

They were state runner-up in 2019. Because of the tournament success factor, they are playing in 2A.

Gabrielle Thomas coaches Pioneer. She has a 97-8 in her four seasons.

The Lady Panthers won a fifth consecutive sectional championship in May, this year at Winamac. That included a 2-1 win over No. 3 Boone Grove in the semifinals.

They won the Wheeler Regional and Frontier Semi-state without giving up a run.

Senior Hailey Gotshall has pitched 126-plus innings and has a 19-2 record inside the circle.

Cripe and Gotshall are both right-handers.

Offensively, Pioneer comes in with a .452 team batting averaging and 58 home runs.

Sullivan, who has no seniors on its roster, has a .353 team batting average with 40 home runs.

Avery Wilterwood leads off and plays shortstop. The sophomore .467 with nine home runs, one in the semi-state title game, and 39 RBIs. The nine round trippers is tied for a school record.

Gracie Shorter, a junior, bats second and plays in center field. In the semi-state title game against Union County, her catch in right center field in the first inning was a huge play that was long forgotten by the time the Lady Arrows rallied from an 8-3 deficit. She turned the catch into a double play, which saved at least one run and a possible big inning.

Shorter broke her own record and is now tied with Wiltermood with nine home runs this season.

Edmondson hits in the cleanup spot. She has a .406 batting average and is tied with Wiltermood with 39 RBIs. Edmondson hit her third home run in the semifinal semi-state win over South Ripley.

Semi-state hero Jocey Wible, whose two-run walkoff homer in the bottom of the seventh capped a six-run inning and gave the Lady Arrows a 9-8 victory over No. 3 Union County.

For the season, the sophomore second baseman who hits sixth, bats .337 with three homers and 22 RBIs.

Sophomore right fielder Klaire Williams has a .395 average with 17 RBIs. She hits seventh in the lineup.

First baseman Lexi Grindstaff bats eighth in the order. She has a .297 average with 14 RBIs and 23 runs scored.

NOTES: The state softball tournament started in 1985. Sullivan won its own sectional in the one-class tournament with a 9-2 win over then Union (Dugger) and a 4-2 victory over North Central in the title game.

At the Bedford North Lawrence Regional, Sullivan defeated Cannelton 18-0 and Martinsville 11-2 in the title game, earning a trip to the state semifinals.

The state finals consisted of eight teams in the first year that softball was an IHSAA sport.

Sullivan lost a 7-0 decision to eventual champ Warren Central at the IUPUI Softball Complex in Indianapolis on June 7, 1985.

There were only 138 teams that competed in the softball state tournament series 36 years ago.

Sullivan, along with Clay City, Guerin Catholic and Northfield, will be looking for their first state championship in softball, or in any sport.

Earley was the coach of North Central in 2006, when she led the Ladybirds to the Class A state finals.

Sullivan has won six sectional championships compared to 21 for Pioneer. Sullivan won regional titles in 1985, 1992 and this year while Pioneer has won 10.

The win over Union County gave Sullivan its first semi-state championship while Pioneer has three in the past three seasons.

Pioneer won Class A state championships in volleyball and girls basketball earlier during the 2020-21 season and have a chance to become the first to win all three in the same season.

Walker, Borges, both Blickenstaff’s and Cripe have been members of all three teams.

Sullivan has won 12 straight games while Pioneer enters on a 22-game winning streak.

Delphi and Harrison of West Lafayette are the two teams to defeat Pioneer.

Sullivan is listed with an enrollment of 494 while Pioneer has 294 students. 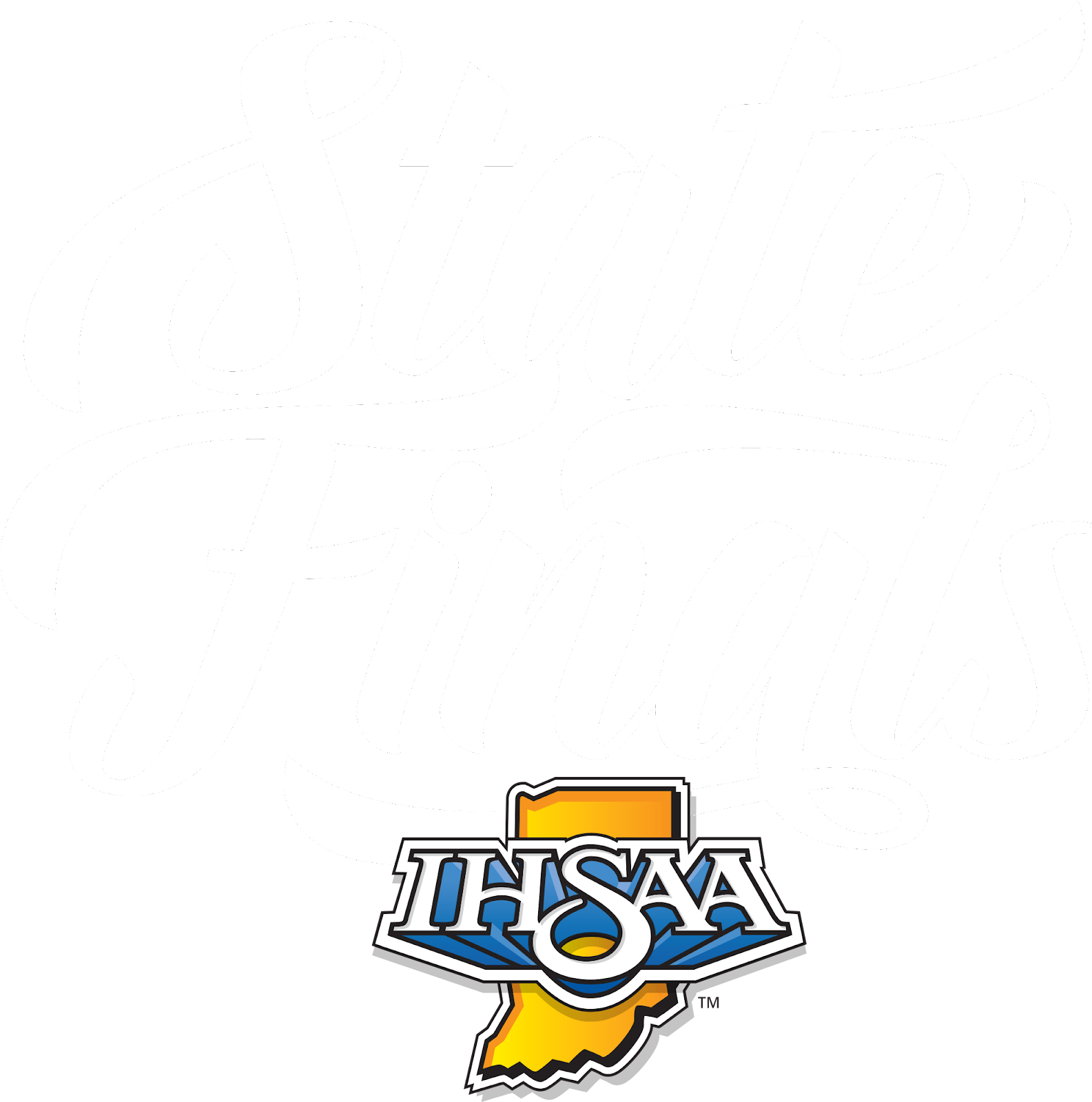 Admission: $12 per person per game. Children 24 months and younger free of charge. All public ticket sales will be digital only via GoFan.co.

No cash or credit card sales at the gate. Please purchase tickets online in advance and present your purchase verification on your mobile phone to gain admittance at the gate. The venue will be cleared of spectators after the awards ceremony of each game so spectators for the ensuing game will not be allowed admittance until the venue has been cleared.

Official Softball: The Wilson A9011 optic yellow softball, the official ball of the IHSAA state tournament, will be provided by the IHSAA. The core and compression must be listed on the ball.

Home Team: The winner of the southern semi-state is the designated home team in each game. The home team shall occupy the third base dugout.

Sorry, there are no recent results for popular videos.